February 07, 2017
I had never felt so heard, so understood, so empowered in my writing as on the day that I discovered Go Teen Writers and its founder, Stephanie Morrill. I felt like I had discovered a hand to hold, and I discovered a community of support that was exactly what I was looking for. Stephanie began to feel like an online big-sister to me, showing me the ropes and occasionally sharing her latest chocolate and peanut butter recipe. I want to start by highly recommending the community of Go Teen Writers to any young author that stumbles across this post, and to give you a glimpse at Stephanie's heart. This girl knows authors, she knows readers, and she knows teens. She knows their hearts and their struggles. I am on her team, 100% of the way.

Stephanie Morrill is the creator of GoTeenWriters.com and the author of several young adult novels, including the historical mystery, The Lost Girl of Astor Street. Despite loving cloche hats and drop-waist dresses, Stephanie would have been a terrible flapper because she can’t do the Charleston and looks awful with bobbed hair. She and her near-constant ponytail live in Kansas City with her husband and three kids.

"When her best friend vanishes without so much as a good-bye, eighteen-year-old Piper Sail takes on the role of amateur sleuth in an attempt to solve the mystery of Lydia’s disappearance. Given that Piper’s tendency has always been to butt heads with high-society’s expectations of her, it’s no surprise that she doesn’t give a second thought to searching for answers to Lydia’s abduction from their privileged neighborhood.

As Piper discovers that those answers might stem from the corruption strangling 1924 Chicago—and quite possibly lead back to the doors of her affluent neighborhood—she must decide how deep she’s willing to dig, how much she should reveal, and if she’s willing to risk her life of privilege for the sake of the truth.

Perfect for fans of Libba Bray and Anna Godbersen, Stephanie Morrill’s atmospheric jazz-age mystery will take readers from the glitzy homes of the elite to the dark underbelly of 1920s Chicago." (via Amazon)


I absolutely loved this story from the first bit of research I saw Stephanie doing - she & historical fiction are as made for each other as peanut butter & chocolate. Plus, the roaring twenties. Need I say more? I will, even so.

"Lost Girl" surprised me, even as much as I was anticipating it. I didn't see Piper coming, & I have scarcely been so pleasantly surprised. She is the protagonist I've been waiting for. The voice I want to pass along to every reader I come across.

In the midst of the 1920s, as the flapper image is strong, as women are fighting for their rights, as fathers & mothers are trying their best to rein in their wayward daughters, Piper stands.

She doesn't want to be what anyone expects her to be. She isn't a cookie-cutter potential little housewife, & she isn't quite a Zelda Fitzgerald, either. Piper is stubborn, fiercely loyal, & full of wit. Yet she doesn't hide her vulnerability.

I resonated so deeply with her character. Her ups & downs. How she warred with herself at times, & how she got up again whenever she fell {with a little help}.

I am so proud of Piper, & so very proud of Stephanie. This book is a must-read.

I interviewed Stephanie, briefly, to give you a further glimpse into the message of "The Lost Girl of Astor Street," so without further ado --

Who was your ideal reader for 'The Lost Girl of Astor Street'?

Stephanie: To an extent,  I think I'm always writing for the girl I was as a teenager. It's important to me that my teenage self would have wanted to read this book. I think the ideal reader for Piper's story is a girl who enjoys the escape that reading provides, and who isn't afraid to think or have her world view poked and prodded a bit. ​She likes mysteries because she enjoys trying to figure it out, and she's smart enough that she often knows before the main character who did it. And while she likes a bit of romance in her books, she doesn't want it to dominate the plot.


What was one thing you hoped reader would take away from this book?

Stephanie: ​Something I was thinking about a lot while I wrote the book is that we can only take responsibility for our own choices. It’s wonderful to try to stir change in our communities, but ultimately we can only control what we do, not those around us. I hope the story will prompt readers to think about their choices and if they're taking them down the path they want to walk.

Piper is such a compelling protagonist. Who were some of your inspirations for her?

Stephanie: I love writing in Piper's voice. She's so strong and determined. One quote of hers that I stole from a friend's mouth is a comment Piper makes about dancing. My friend Kelli once told me that she hates slow dancing because she always tries to lead, and I thought, “That’s so Piper!” ​So I took it.​
​
What was your favorite discovery from your research on the 20s?​

​Stephanie: Oh, there are so many things to love about the 1920s! One of my favorite tidbits was that healthcare improved greatly for women during that decade. Once they won the right to vote in 1920, politicians suddenly cared a lot more about issues like what kinds of conditions women were giving birth in. ​

---- Pick up a copy for yourself, your daughter, your neighbor, your cousin's girlfriend, your stylist's niece, your mentee, and everyone else in your life, here. ----

Popular posts from this blog

You're Not Alone {Coffee for Your Heart}

(via Holley Gerth ) (Photo by Tara Gourley ) This isn’t easy for me to talk about, but if people only talked about the easy stuff, this world would be in serious disarray--well, more serious. I’m going to be honest here; the type of honesty that requires trust, and that is something that I am still learning, slowly . I have felt alone. I have stood in the middle of a crowded room and have felt so desperately lonely that it nearly drowned me. This has happened in my own home. I have been prone to anxiety attacks. I’ve sat on the floor, feeling like the world is caving in, and have only recently learned to text someone I trust when this happens. I have laid alone in my bed and cried myself to sleep. I know these feelings, and I know how real they can seem; so real that everything else looks fake and twisted in comparison. I have hid in corners and let the lie consume me: I am alone. I wasn’t. And dear soul, you aren’t either. Do you hear me? You. Are. Not. Alon
Read more 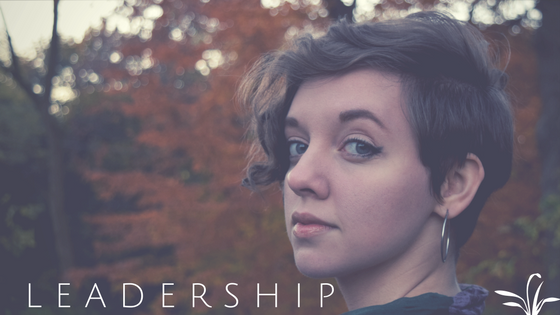 Leadership tip: You always want the ball to be in your court. I've always carried the misconception (as I'm sure many others have) that I needed to get the ball out of my court as soon as possible. I apologized constantly, any time I thought I had been too assertive or "babbly," as I used to say. I had no idea what to do in conversation and no clue how to run a business (bonus tip: those two things are linked). My pattern was to say my piece as quickly as possible and then to shut up so I could stop embarrassing myself. I shoved the proverbial ball at whoever I was talking to as quickly as I could. Lately I've been through a lot of personal and business development training for my small business . I learned so much about doTERRA, but the most surprising things I learned were about myself. I'm bigger than I thought, and I don't have to apologize for it. I have more to bring to the table than I thought, and if I don't show up, I do a disse
Read more

Where to find my book: